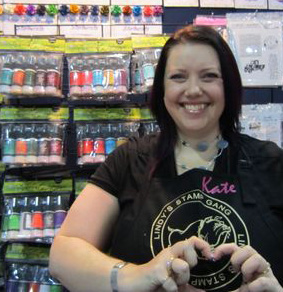 I have been a fan of Lindy's Stamp Gang Products since they were first released - or more specifically since I
first discovered them on the internet back in 99'/2000.   I made my very first purchase of several pots of Moonshadow Ink that same day - Lindy (the owner) told me I was her very first Australian customer!  I've been in love with their products and the people running the place ever since.

Lindy was a terrible influence over the years and my 'Moonglow' as they were known back then, collection grew even larger when she began making beautiful sprays like the Glitz Spritz line and my all time favourite product Starbursts.  I became an excellent customer and in 2005 a product demonstrator in Australia for a company selling Lindy's Stamp Gang stains.  In 2007 Lindy and I started chatting about working on a collaborative project together, I made some samples and sent them away in early 2008 - it took a while to get from Australia to the USA back then, but Lindy finally received them. 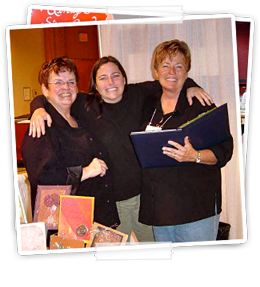 I hadn't heard from Lindy for a few months, but didn't want to be pushy (knowing how hard she worked going to all those craft fairs) and it wasn't unusual not to chat for  a while as we were both busy, so I left it for a while before contacting her.  A while became a few months, I emailed but didn't hear back and a few months became a year.  I finally decided it was time for another quick email to check in on her, knowing what I do now, I wish I'd checked in sooner!  I received a reply which I didn't expect, the reply didn't come from Lindy - but from her daughter Tracey, letting me know that Lindy had been quite sick for months and had passed away on Christmas day in 2008.  I sat and had a cry at work, I'd lost a friend.

Tracey and I began chatting via email and the idea of a design team for LSG came up - she asked if I'd like to be a part of it - BOY would I ever, I couldn't say yes fast enough!  We were quickly joined by other hugely talented artists, paper crafters and scrappers - our evolving Design Team now boasts some of the best in the business and I'm incredibly proud and honoured to work with all these amazing ladies! 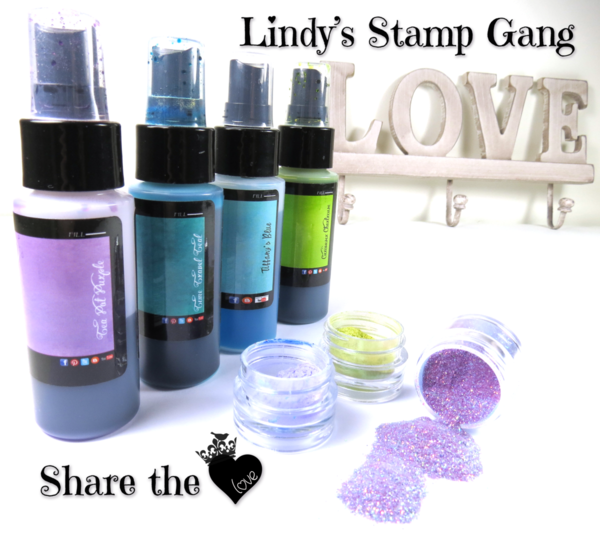 I Love to Shop at